In the fourth Defold Creator Spotlight we invited Ben James, long time Defold user and creator of a huge catalogue of Defold games, to tell us a little bit about himself and his projects.

I am a hobbyist game developer from the UK. I began programming computers as a child in the 1980s, eventually releasing my first game as shareware for the Amiga in 1995. I subsequently developed games for Sony’s Net Yaroze development kit before joining the professional games industry in 1998 where I remained for 5 years.

Your first game, that was Psychon right?

Yes! Though it had a different name on the Amiga - “Psycheual”. I’ve still no idea how to pronounce that. There was a version made for the PlayStation as well, but that’s another story. 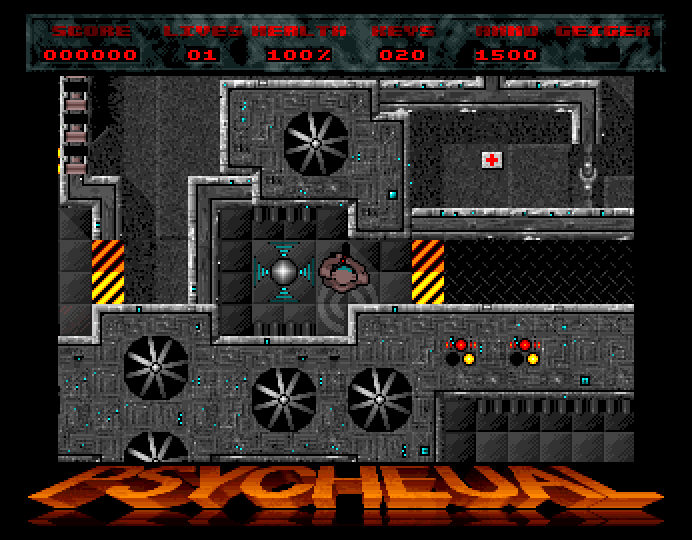 Ben released a new version of Psychon using Defold, and in the itch.io description he wrote “22 years later - it’s BACK!”.

How was it to develop and release a game back then compared to how it is now?

Game development back then was much more technical. With everything coded in assembly language and hitting hardware directly, the main challenge was simply to get stuff working, and relatively little time was spent on gameplay and polish.

“I can upload my games to any number of gaming websites and have them played by hundreds or thousands of people.”

Nowadays, I can give much more attention to simply making the best game I can - technical matters are largely handled by the engine. In terms of releasing games, there was little internet to speak of, so I relied on public domain distributors and the game demo was shared onward from there. Now, it’s much easier, I can upload my games to any number of gaming websites and have them played by hundreds or thousands of people.

After making a few games for Android using Java and Android Studio, I began looking for an engine that provided cross platform support. In 2016 I tried Defold and it was so easy to pick up I stuck with it. It turned out to be ideal for the type of game I wanted to make.

Defold is a focused, all-in-one solution for 2D games. Within a modest package, the developer can achieve most aspects of making a game. In addition to Defold itself, I only need a pixel art program and a sound editor.

Interesting! So you are creating all art yourself? Which is your preferred pixel art program and why?

For my current game, I’m using a small asset pack along with my own artwork. I use Paint Shop Pro 9, an ancient graphics package from 2004. Aside from me being a bit old and set in my ways, I simply haven’t found a better solution.

Driver on the PS1. Despite numerous flaws, the gameplay was perfect and something I would regularly return to. 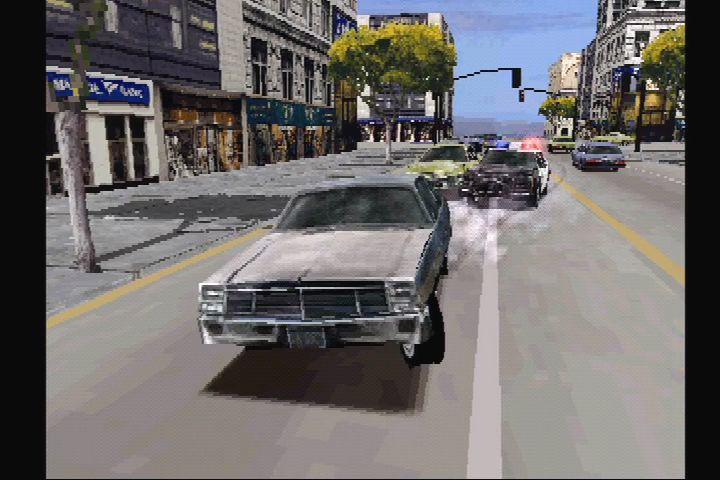 A roguelike named ‘PyRL’ - a contraction of ‘Pyramid Roguelike’. Set in an Egyptian pyramid, the game contains many aspects of traditional roguelikes. The aim is to include a lot of varied content which is optional for the player - so if someone just wants to fight monsters and collect loot, they can do that. Otherwise they can carry out quests, solve puzzles and craft items. 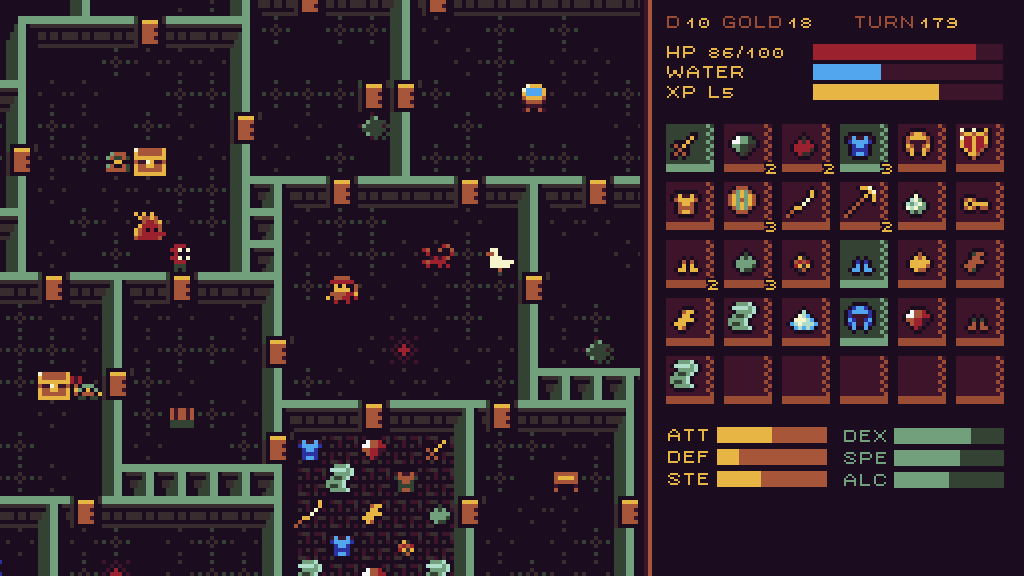 What is your relationship to traditional roguelikes? Do you have a favorite roguelike?

Honestly, I don’t particularly enjoy traditional roguelikes; I find them esoteric and impenetrable. I do, however, really like some aspects of them: randomly generated levels, turn based movement, non-linear gameplay and re-playability. So, my aim is to make a more user friendly roguelike.

I’m quite happy with the random level generation. Although a simple approach, it’s flexible, customisable and reliable. Expanding the generator will certainly be looked at in the near future.

What is your approach to procedural content generation? How do you make the levels interesting and varied?

As always, my approach is as simple as possible. A level is a collection of different sized rooms butted together and doors placed where they join. That’s basically it. There is also a wide selection of special rooms, tile-sets and hand crafted features used randomly to add more interest.

Long story but I found myself having to provide customer support for another developer’s software - that developer wouldn’t allow me access to the source project so I resorted to editing the binary executable with a hex editor to make fixes. It was a completely absurd situation but somehow I got the job done.

“I resorted to editing the binary executable with a hex editor to make fixes.”

I post regular gamedev updates on Twitter and my back catalogue of Defold games can be seen on itch.io.