In this Defold Creator Spotlight we invited Paweł Jarosz to tell us a little bit about himself and his story-driven RPG platformer “Witchcrafter”. 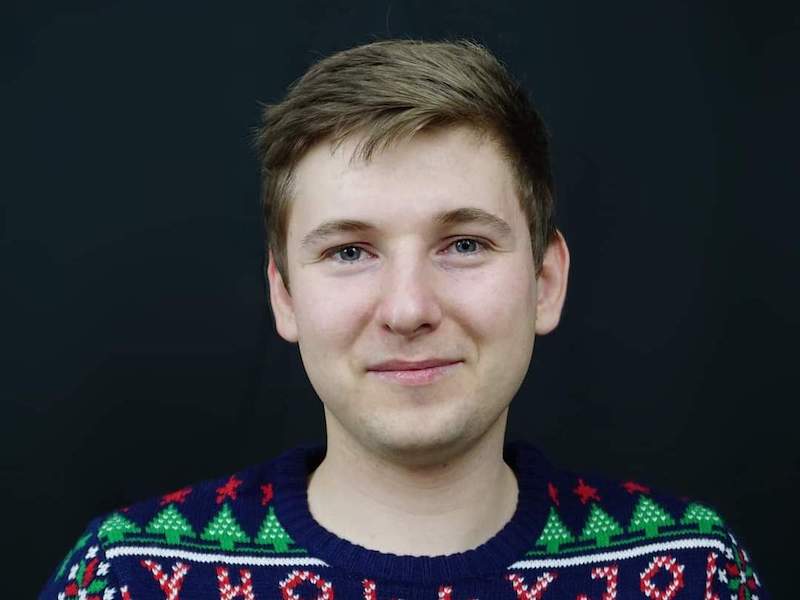 I’m 27 and I come from Poland, the homeland of The Witcher, Dying Light, This War of Mine and many other great games!

I always wanted not only to play games, but also make them. Since my first program in Pascal I learned a lot about game development all by myself, making many simple games, mods, maps and quests in game editors. I decided to finally find a game engine and checked out almost all solutions. I stayed with Defold because of its ease of use and clarity. Meanwhile, I finished my University, settled down, got married and have been raising my twins!

Sounds like you got your hands full! What is your strategy for balancing work, family and game development?

I can’t deny family is my priority, then comes work and in the end there is game dev - it’s a hobby and in that form I am really enjoying it, not stressed by anything, but leaving a space for a pure joy.

The community. Warm, patient, helpful. The Defold team is among us always and they are always there to help, even with the dumbest problems, being always polite. It means a lot for beginners. Solving problem is almost always instant. It is very easy, because the documentation is always up to date, clear, concise and I learned all the needed skills there in a very efficient way.

“A smooth and fast transition between writing a line of code and actually testing it on a live hardware.”

The Editor itself is also very tidy and I like the workflow in Defold - a smooth and fast transition between writing a line of code and actually testing it on a live hardware.

What is your recommendation for developers that are new to Defold?

In my opinion there is no better way than following any of the tutorials for beginners - I did that and got a grasp really quickly. After feeling more confident with the basic structure of the Editor and core components of Defold engine I recommend to make a very simple game and see on the way what is needed; be it some GUI manipulation for displaying score, passing this score via a message and so on. There will always be something new to learn, but with the help of the Defold documentation and community, you will surely manage to complete it!

There could be many, but I will try to rank most memorable: The Witcher and Mafia. Both games have gripping stories with immersive world building. I like games that gets me with the plot and ambience, mostly RPG, but also some FPS like CoD4. I also must admit I spent hours enjoying Europa Universalis. Now, I moved my focus on indie games as I find more intimate stories among them.

Witchcrafter - a game that I would love to play. It is a game that evolved from a simple mobile project to an extensive platformer with huge RPG and Metroidvania influences. I put all my imaginary worlds together and shaped a new one inspired by Slavic, Nordic, Ugarit and Tolkien’s mythologies and now I am polishing it. It is also a game where I would like to introduce a systemic magic system based on four elements.

The game has a playable demo on almost all sites like Itch, Gamejolt and Indiexpo and thanks to Defold on almost all operating systems and in a web browser directly! And recently I published a Steam page for it so you can support me by adding it to your wishlist!

What is your approach to level design in Witchcrafter? Are you using external tools?

I am using Tiled or the built-in tilemap editor for creating levels - and I am not using paper and pen method before, like most of the devs recommend. In fact, I draw the map starting with some basic idea of the level and then constantly iterate over it, playing it through and designing new traps, puzzles and other elements that fit in.

The magic system sounds intriguing. Could you tell us a bit more?

The magic system I am trying to create struggles to provide immersive simulation in which you can propagate fire over burnable elements, cease the fire with water or air or freeze the water to create a bridge and so on. Aside from the obvious combat possibilities it should also allow smarter exploration and help with some puzzles. I am trying to use natural physics for as much of the objects as I can, taking into account their diverse state - being wet, dry, movable, static, burnt or broken, etc.

“Altering the reality around you, in a constructive and destructive way.”

This is something I am lacking the most in many games with magic or superpowers - to feel that you really are altering the reality around you, in a constructive and destructive way and with permanent results. Thanks to Witchcrafter’s side-scrolling pixel art formula I can use some simplifications and 2D physics, but nonetheless it should still give you an impression of a truly interactive world.

World building! It is what I admire the most in the games, books and movies and I want to do it right in my game as well, by shaping a dark fantasy world full of vivid and interesting characters with thought-provoking stories and meaningful background. A true fantasy foundation. I’m aware of the fact that I’m following the path of a dream game that could not completely be a success, but I want to put all my heart into this project, when I have zeal and a power to make it!

In the current demo of Witchcrafter - people complained about a lack of checkpoint near the final boss, so they don’t need to go there from the beginning of the cave after death (and the boss is pretty powerful). But the truth was - I didn’t have a checkpoint system at the moment! The level was just restarting after a death. So there was an ugly, but quick solution - I copied the whole collection representing the level and modified it, so the first one is ending just in the moment when the battle begins, and the second is starting with that fight.

“Defold is really efficient, so the loading in-between is instant.”

Defold is really efficient, so the loading in-between is instant. As a result, restarting the level after a death in the second part looks like I just put a checkpoint before the boss battle, additionally adding a short, suspense blackout transition that made this scene more memorable.

I am trying to gather almost all links on my itch.io page. You can also follow Witchcrafter’s Twitter account, join the Discord server and of course add my game to your wishlist on Steam.