Components are used to give specific expression and/or functionality to game objects. Components have to be contained inside game objects and are affected by the position, rotation and scale of the game object that contains the component: 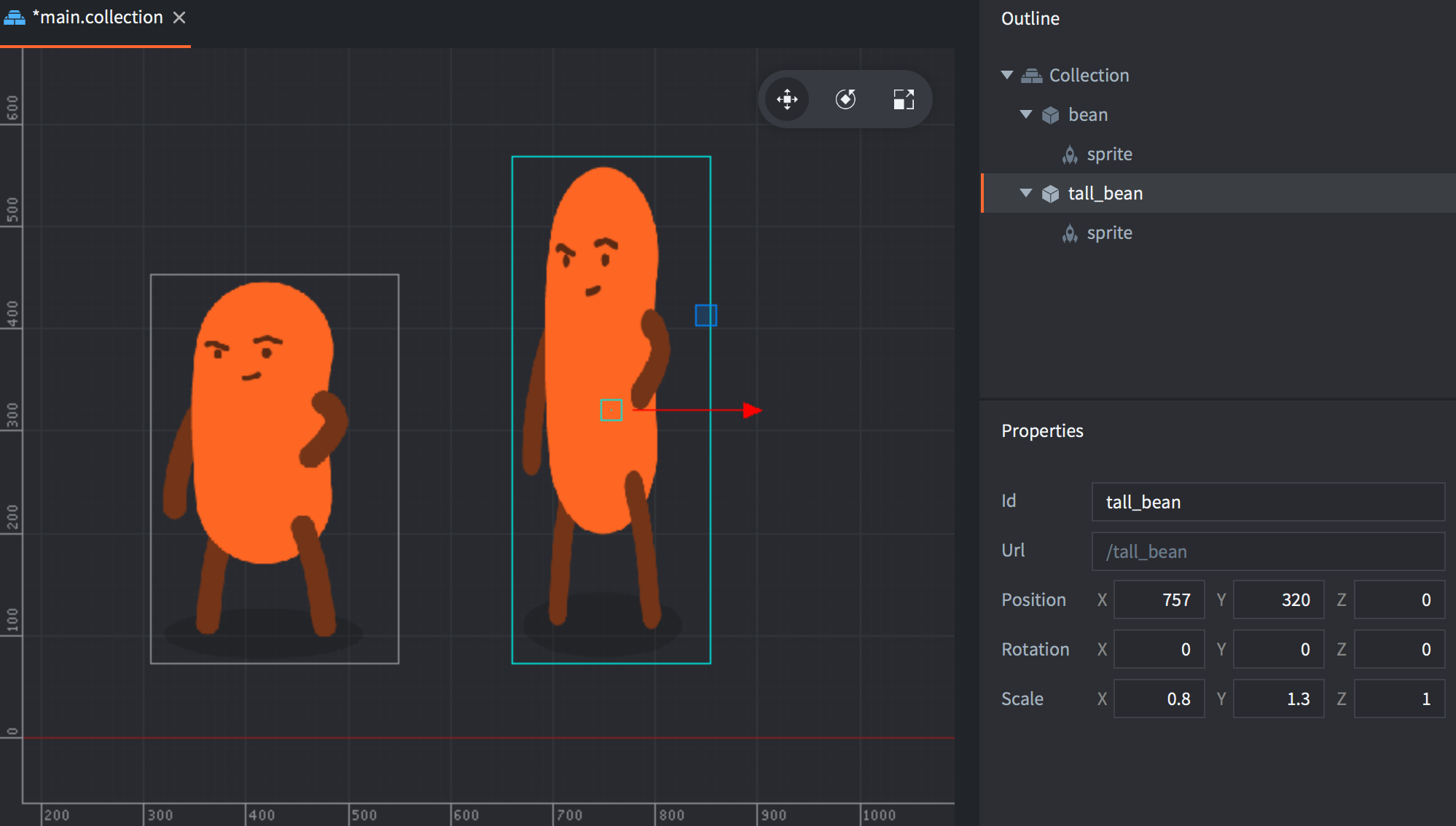 Many components have type specific properties that can be manipulated and there are component type specific functions available for interacting with them in runtime:

Components are either added in-place in a game object, or added to a game object as a reference to a component file:

In most cases it makes most sense to create components in-place, but the following component types must be created in separate resource files before being added by reference to a game object:

Additional components can be added through extensions:

The components of a game object are enabled when the game object is created. If you wish to disable a component this is done by sending a disable message to the component:

To enable a component again you can post an enable message to the component:

The draw order of visual components depend on two things:

All game objects and components are positioned in 3D space with positions expressed as vector3 objects. When you view your game’s graphics content in 2D, the X and Y value determine the position of an object along the “width” and “height” axis, and the Z position determines the position along the “depth” axis. The Z position allows you to control the visibility of overlapping objects: a sprite with a Z value of 1 will appear in front of a sprite at Z position 0. By default, Defold uses a coordinate system allowing Z values between -1 and 1:

Example: Two game objects A and B. B is a child of A. B has a sprite component.

If two components have the exact same z-value the order is undefined and you may end up with components flickering back and forth or components being rendered in one order on one platform and in another order on another platform.

The render script defines a near and far plane for z-values. Any component with a z-value that falls outside of this range will not be rendered. The default range is -1 to 1 but it can easily be changed. The numerical precision on the Z values with a near and far limit of -1 and 1 is very high. When working with 3D assets, you may need to change the near and far limits of the default projection in a custom render script. See the Render manual for more information.