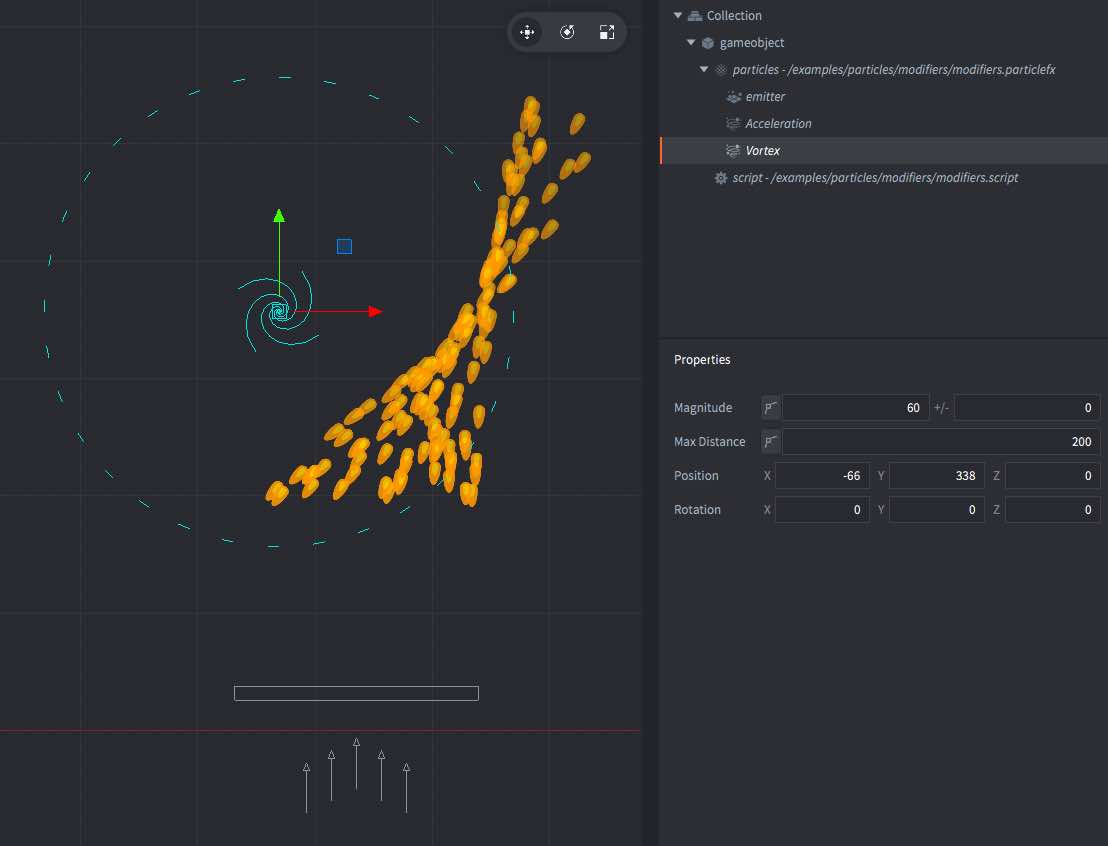 Here two modifiers are added to the effect in addition to the emitter. It works as follows:

The particle system features more modifier types so make sure to check them out.

If you want to play with these examples, you can get the project on Github.

Do you want to see more examples? Why not write a few yourself and submit a pull request? We love contributions.