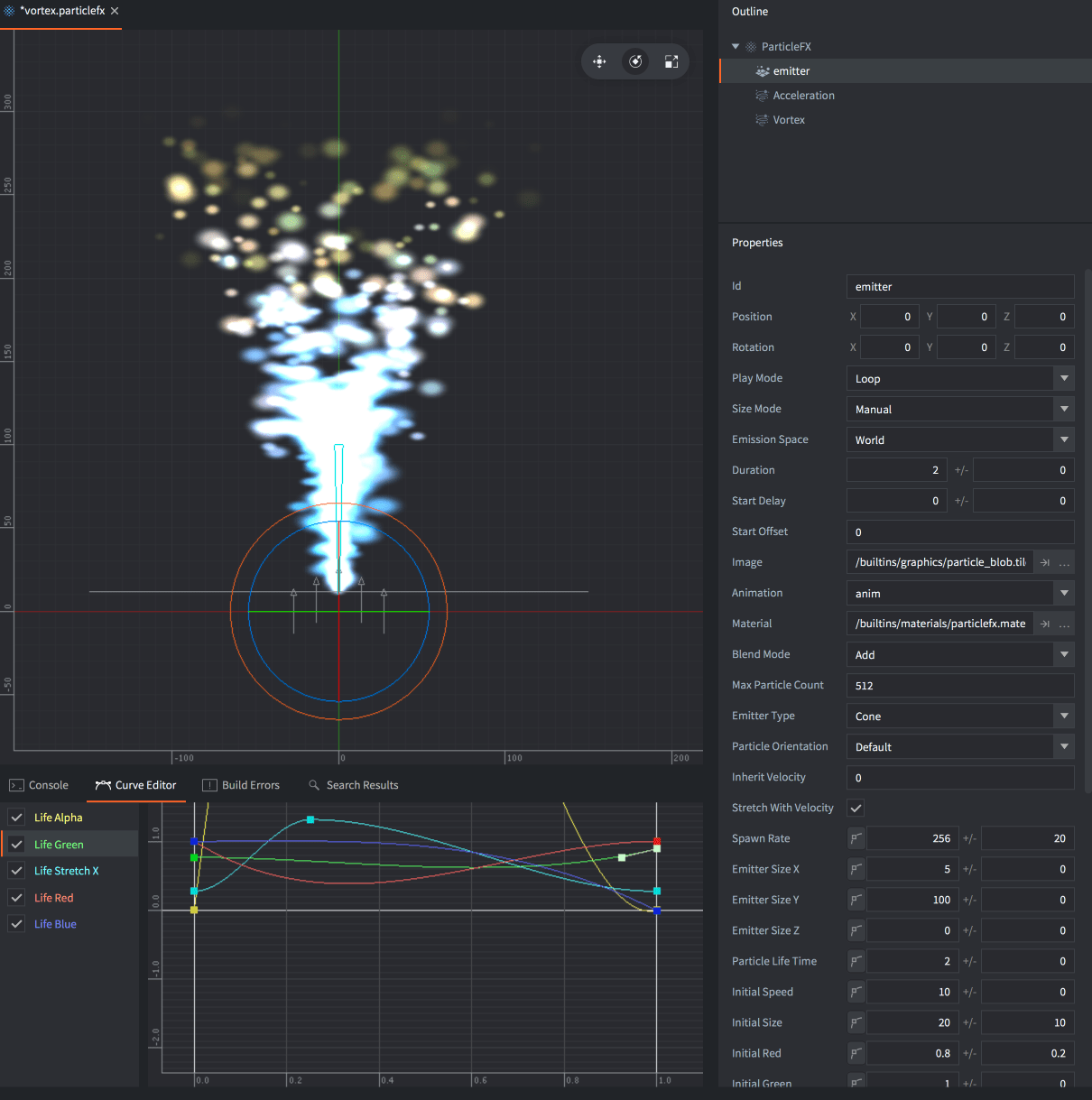 Select New... ▸ Particle FX from the context menu in the Assets browser. Name the new particle effect file. The editor will now open the file using the Scene Editor.

The Outline pane shows the default emitter. Select the emitter to bring up its properties in the Properties pane below. 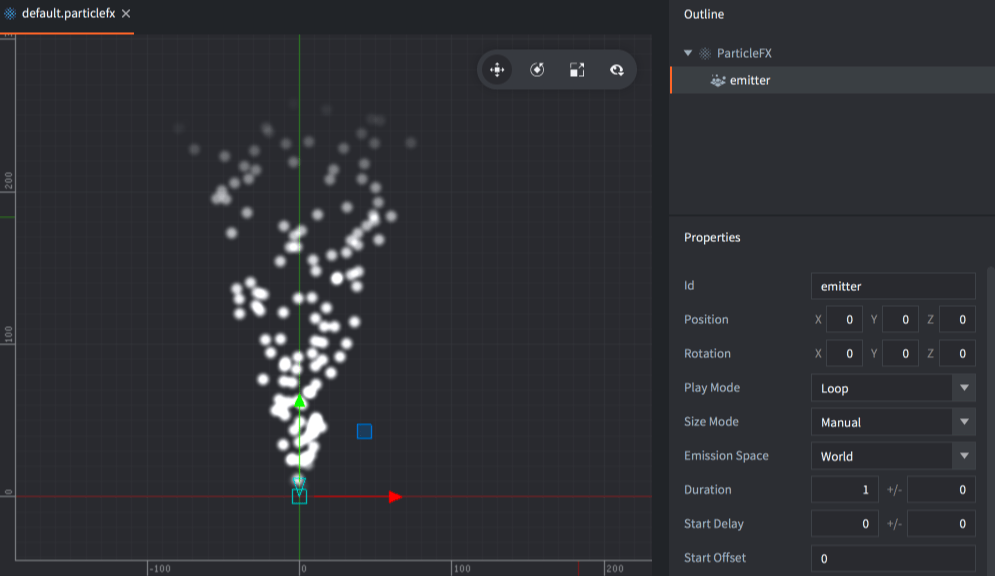 To add a new emitter to the effect, right click the root of the Outline and select Add Emitter ▸ [type] from the context menu. Note that you can change the type of the emitter in the emitter properties.

To add a new modifier, right click the location of the modifier in the Outline (the effect root or a particular emitter) and select Add Modifier, then select the modifier type. 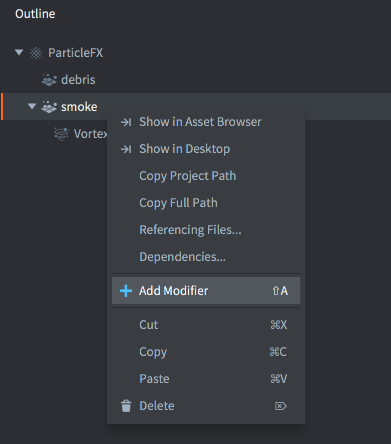 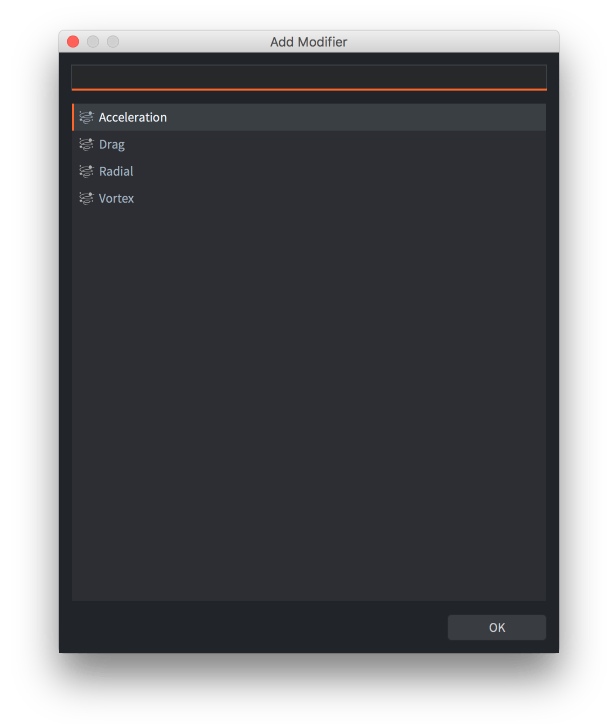 A modifier that sits on the effect root (not childed to an emitter) affects all particles in the effect.

A modifier that is added as a child to an emitter affects only that emitter.

When editing an emitter or modifier the result is immediately visible in the editor, even with the effect paused:

The Blend Mode property defines how the component graphics should be blended with the graphics behind it. These are the available blend modes and how they are calculated:

By checking the key button, the value of the property is controlled by a curve over the duration of the emitter. To reset a keyed property, uncheck the key button. 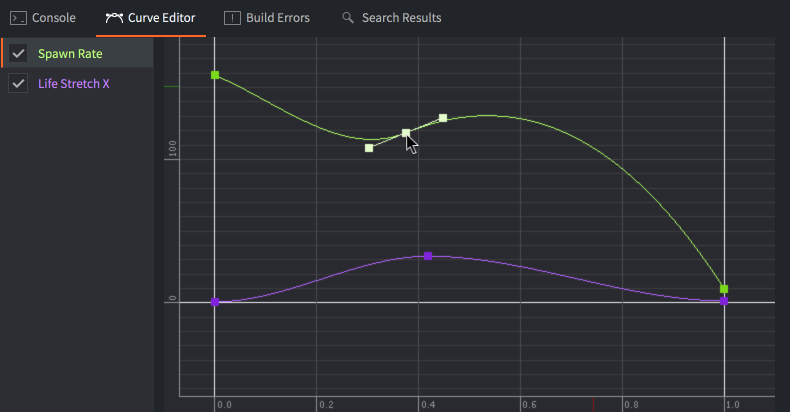 To auto-zoom the Curve Editor to display all curves, press F.

The following properties can be keyed over the play time of the emitter:

The following properties can be keyed over the life time of the particles:

There are four types of modifiers available that affect the velocity of particles:

Acceleration
Acceleration in a general direction.
Drag
Reduces the acceleration of particles proportional to the particle velocity.
Radial
Either attracts or repels particles towards/from a position.
Vortex
Affects particles in a circular or spiraling direction around its position.

Position/Rotation
The transform of the modifier relative its parent.
Magnitude
The amount of effect the modifier has on the particles.
Max Distance
The maximum distance within which particles are affected at all by this modifier. Only used for Radial and Vortex.

To start and stop a particle effect from a script:

tint
The color tint of the particle effect (vector4). The vector4 is used to represent the tint with x, y, z, and w corresponding to the red, green, blue and alpha tint. Refer to the API reference for an example.